The Jean and George Brumley, Jr. Neonatal-Perinatal Research Institute (NPRI) was created in 1996 as a multidisciplinary platform to address health problems of the newborn child through translational research programs and to train the next generation of physician-scientists to continue addressing these problems.

The NPRI aims to provide a dedicated environment wherein investigators from different fields can participate in collaborative multidisciplinary research aimed at understanding the basis of key problems suffered by neonates. 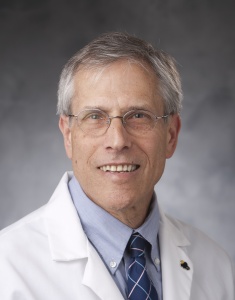 The NPRI was founded in 1996 by Ronald Goldberg, MD, Chief of the Division of Neonatology, with the support of the late Dr. George Brumley, Jr., former Division Chief of the Duke Neonatal-Perinatal Program. The mission of the NPRI is to:

Since it was founded, the NPRI has grown into a successful, multimillion dollar endeavor affiliated with 80 senior investigators, who are supported by a variety of external funding agencies.

Topics under investigation can be categorized into three major groups: basic, clinical, and health care economics research. Basic research includes major initiatives in the causes of birth defects that particularly affect the cardio-craniofacial field and left-right cardiac axis determination, and the perinatal mechanisms of disrupted development and post-natal injury with special emphasis on lung, brain, and heart. Clinical research addresses the problems of low birth weight infants, morbidity and mortality, perinatal asphyxia, ventilatory management, growth and development of high-risk infants, and the role of genomics in neonatal morbidity. Research interests also include medical economics, and biomedical engineering--specifically in the areas of informatics, optics, virtual reality and microdigital fluidics.

A major aim of the NPRI is to train the next generation of clinical scientists. Our goal is to have an impact on the health of neonates by training leaders in scientific investigation (clinical as well as basic) in problems of the neonate. This is assured by the exceptionally talented basic and clinical mentors available to our trainees and the linking of the Duke Master's Programs in Genomics and Clinical Research, Bioinformatics and Health Policy to specific scientific research opportunities. The quality of the training program is reflected in the quality of its graduates and the NICHD Fellowship Training Grant awarded to the Division in 2005.

Intramural funding for the NPRI was initially provided by the Division of Neonatology and the Duke University Medical Center.

Extramural support comes from various sources including private donors. The NPRI secured substantial philanthropic research funding from outside the University such that its total current endowment is in excess of $4 million, ensuring ongoing stability of the program. Using these funds, the NPRI awards research and educational grants to fellows and junior faculty members to support multidisciplinary collaborations.

The Zeist Foundation has endowed the Jean and George Brumley, Jr. Neonatal-Perinatal Research Institute, providing two endowed chairs for basic scientists and additional programatic support. The NPRI has been designated as a key program in the Dean's ten-year strategic research development plan.