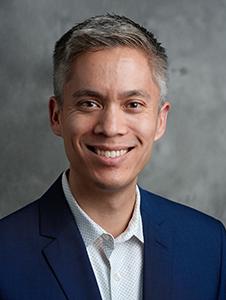 The Precision Genomics Collaboratory collaborated with the Duke Center for Combinatorial Gene Regulation to award three $20,000 pilot grants in August 2021. These grants focused on investigating the role of whole exome and whole genome sequencing in human cohorts with rare diseases. Now, after over a year of work, these researchers are beginning to find answers to big questions.

Andrew Landstrom, MD, PhD, associate professor of pediatrics, is using genome sequencing to better understand sudden unexplained death in the young (SUDY). SUDY is defined as a sudden death in a seemingly healthy individual under the age of 40. He and his team are leveraging genome sequencing in SUDY to try to identify new genetic mechanisms or loci associated with sudden death.

Currently, the team is still sequencing DNA and analyzing variants. After that, they will look for any candidate variants that might be associated with genetic cardiac disease. “We think some of these may be deep intronic variants that throw off splicing and are therefore missed by traditional exome sequencing,” Landstrom said. “Or perhaps there are variants located in the promoter or regulatory elements that affect known cardiac gene expression.” If such candidates are found, they will test experimentally to find out if the variant functionally impacts the protein or protein expression.

“The sudden death of a child, adolescent or young adult is a particularly jarring event,” Landstrom said. “We know that the majority of these unexplained sudden deaths are due to heritable heart conditions, but remain genotype-unknown, even after exome testing.”

Without knowing these genetic markers, healthcare professionals are unable to test other family members and determine their risk of having the same event. “Identifying non-coding variants would allow us to determine the genetic cause of death in these patients.” Landstrom said.

Silver and team plan to use transcriptome analysis to gain further insight into the cell composition of RCPS organoids, including whether certain subtypes of neurons are more affected.

“While this syndrome is associated with neurological deficits,” Silver said, “there had been no study to date for the basis of these deficits, leaving a significant gap in our understanding of RCPS.”

So far, their work suggests early deficits in prenatal neurogenesis contribute to this rare disorder.

Derek Peters, MD, PhD, postdoctoral fellow in the lab of Yarui Diao, applied single cell ATAC-seq to catalog regions of the genome that might be relevant to peripheral arterial disease (PAD), a disease caused by plaque buildup in the arteries that narrows or blocks the arteries that carry blood from the heart to the legs or arms.

He and his team have successfully generated scATAC-seq data from matched perfused/ischemic muscle samples from two PAD patients. “We found that this data was high quality,” Peters said, “and consisted of epigenomic information from a total of more than 28,000 individual cells.”

He hopes to generate scATAC-seq data on six patients by this spring. “My goal is to ultimately have paired scATAC-seq and scRNA-seq data from the same PAD patients,” Peters said. “We believe that creating a paired single cell transcriptomic and epigenomic atlas using scRNA-seq and scATAC-seq will significantly enhance our analysis and ability to dissect the cellular and gene regulatory changes associated with the pathogenesis of PAD.”

Currently, relatively little is known about the pathogenic mechanisms that contribute to PAD, including why patients with similar risk-factors manifest disparate clinical symptoms and disease severity. Existing evidence supports the hypothesis that unknown genetic factors may play a role in these differences. “If we are successful,” Peters said, “we believe our research could represent an important step forward in understanding the cellular and molecular underpinnings of PAD.”